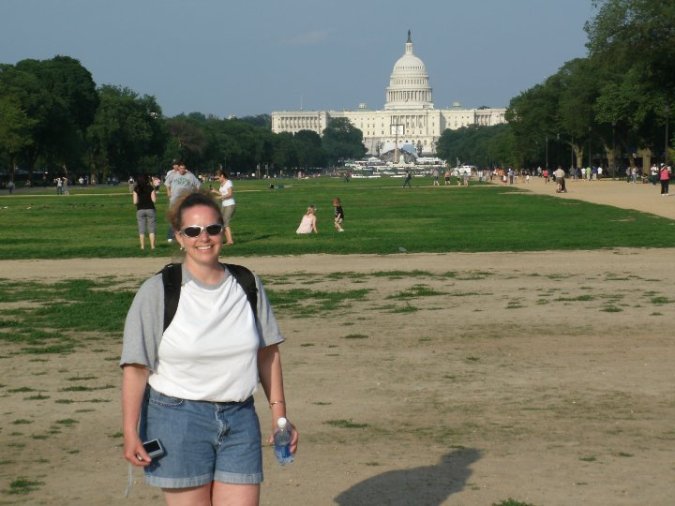 One of the things I miss, from being younger, is protesting.

Not just the whole POTUS protesting thing. I probably wouldn’t go to one of those. But I would gladly get vocal on local causes or state causes.

There is a feeling I love about not only having the right to stand up for something I believe in, but also getting out and holding signs and letting my voice counts.

Some people might think it’s a waste of time, or it looks silly standing on the Capitol steps, or even a Town Hall steps, holding signs for random causes, but to me it’s a pretty awesome feeling.

As long as we are peaceful about it, It’s one of the acts, as Americans, we can get out and do, and not worry about being hunted down, or arrested for our voice.

I know America is in a mess at the moment, and we are all over the news for crazy stuff during protests, but the world doesn’t see the small groups standing in front of the court houses, the lone protester standing by their home, or a group of young mother’s standing on the state capitol steps, letting the politicians know what they want in their area.

Those are the photos and the films which should be shown to the world. Those are the people who make the real change in everyday communities, cities, and states. That is what it means to be American.

It shouldn’t be about race, sex, or class, it should be about making America better for everyone. Making a country better for everyone, isn’t going to look the same for everyone, and this is where peaceful rallies and protests come in. I don’t care if someone agrees with my stance on an issue or not, but I do care if they have the right to voice their opinion in a legal manner.

I may not agree with someone, but I will fight for their right to voice their opinion just as loudly as I will voice mine.

Now that the weather is warmer, I need to get out and support a rally and join a protest. I need to take lots of photos of even the smallest rallies, so the world can see how regular everyday people are accomplishing huge things, even with the smallest voices.

When the smallest voices are allowed to be heard, that is America.

Until next time….. Be safe, be kind, and always be happy.

twobrits
How to Get On
Review Tales

Commentary from a Paleoconservative and Nationalist perspective

MAKING A DIFFERENCE, ONE STEP AT A TIME

The Physician Wellness Movement and Illegitimate Authority: The Need for Revolt and Reconstruction

finding our way back to love

Let Me Take You On a Journey...

The art of designing your life

In love with echoes from a different time and space.

Welcome to the world of cats!

Latest Press Releases from the Worlds of Lethbridge-Stewart

At the Matinée
Edi 'N' Budz

A community collection of dispensary and medical marijuana products in the GTA.

Written from the heart, this is the unadulterated truth of life with multiple chronic illnesses and being housebound. My life open for you to follow. Please join me

Story of My Life

The Home Of T-Bird From The Dork Web.

"A Word of Substance"

Learning To Switch ~ My journey to me.