This week, instead of interviewing an author, I wrote about one.

My life goals in one photo. 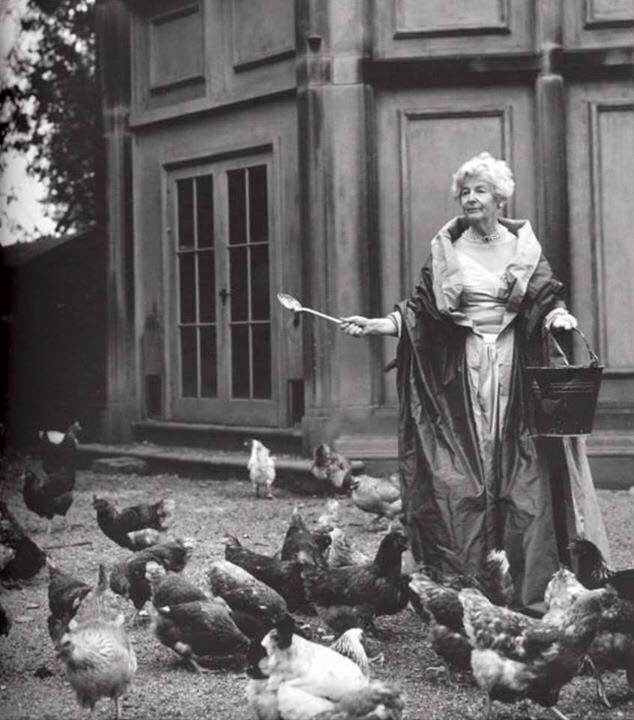 This is a photo of Deborah Vivian Cavendish, Duchess of Devonshire. She was not only beautiful, but she was also smart and powerful. The social media stars and business leaders of today could learn solid lessons from her business practices.

Born Deborah Mitford, she was the youngest of 6 aristocratic sisters. TMZ would have covered the girl’s lives in details. They were scandalous! One of her sisters, Diana Mosley, even served time in prison.

Debo (to her family) had huge dreams of riches and knew exactly what she wanted out of life. She did marry Lord Andrew Cavendish, who was the son of the 10th Duke of Devonshire, but he was only a second son. Deborah believed she had traded love for the lifestyle she so desired. In a twist of fate, during WWII, Lord Cavendish’s older brother, William Cavendish, rightful heir to the dukedom, was killed in action in 1944, leaving Andrew to become the only heir.

When her father-in-law passed away in 1950, her husband became the 11th Duke of Devonshire and she became a Duchess. He fairy tail life was coming true. The fly in the soup was the inheritance of the family home, The Chatsworth House. The home had been open to the public for many years, but was not used as a private residences and was in great need of repair.

Not to dismiss his title, nor the role of the family in history, but there are many Dukes and Duchesses in extended royal families, and many of these extended family members can often find themselves bankrupt, losing their family homes and all their possession. Most Dukes and Duchesses must maintain real jobs to maintain the lifestyle their ancestors once had. Duchess Cavendish understood this problem all too well and took matters in her own hands.

The Duchess (Debo to her family) was “going viral” at a time viral meant something a lot more ominous. When she realized the economic value of living in a stately home, she took over the business side of the home and marketed the family name as a brand.

She was the powerful force behind the restoration of the home, she was the business mind behind the commercial endeavors connected to the home and the family name, and she was the force which agreed to license images of the family and home designs carrying the Cavendish name.  She was the leader behind opening large gardens, a huge farm store, and opened their lives to the public. She pushed the retail side even farther through catering and selling high end food to the wealthy, with of course, the Cavendish label always prominent on the goods.

She oversaw the building of two hotels owned by her family business, one baring the Cavendish name, the other her title; the Cavendish Hotel and the Devonshire Arms Hotel.

“In 1999, the Duchess was appointed a Dame Commander of the Royal Victorian Order, by Queen Elizabeth II, for her service to the Royal Collection Trust.”

After building her own empire for her family, living a full life, and raising a family, at the ripe young age of 60 she started publishing books, starting with Chatsworth: The House in 1980 and ending with All in One Basket, published in 2011. Before her death, in 2014, she had written and published 15 books.

Deborah Vivian Cavendish, Duchess of Devonshire took what she was given in life and through good solid business sense, she built a small empire. The Duchess was beautiful, smart, vivacious, stubborn, tenacious, classy, and a force to be reckoned with. She didn’t care what others thought about her or her ways. She was going to do what she needed to do to reach her dreams. She is an example of what can be accomplished when you work hard and bring ideas to life.

The Duchess was the type to leave behind castles.

Read more about her life here..

The photos of her and the stories behind them are just fantastic. Find then here.

I hope I’m like the Duchess, I want to build castles.

Until next time… be safe, be kind, and always be happy!

twobrits
How to Get On
Review Tales

Commentary from a Paleoconservative and Nationalist perspective

MAKING A DIFFERENCE, ONE STEP AT A TIME

The Physician Wellness Movement and Illegitimate Authority: The Need for Revolt and Reconstruction

finding our way back to love

Let Me Take You On a Journey...

The art of designing your life

In love with echoes from a different time and space.

Welcome to the world of cats!

Because we’re all recovering from something.

Latest Press Releases from the Worlds of Lethbridge-Stewart

At the Matinée
Edi 'N' Budz

A community collection of dispensary and medical marijuana products in the GTA.

Written from the heart, this is the unadulterated truth of life with multiple chronic illnesses and being housebound. My life open for you to follow. Please join me

Story of My Life

The Home Of T-Bird From The Dork Web.

"A Word of Substance"

Learning To Switch ~ My journey to me.